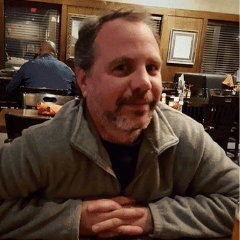 Tim “Minnow” Bartelt became a co-owner and Director of Profits at Patrick’s in St. Peter in 2001, after working there as a bartender, cook, and manager from 1992. He played bass drum for the world cham­pion St. Peter Govenaires Drum and Bugle Corps from 1992 through 2005 and currently works with the Govies as support staff, assisting with their numerous fundraisers and events.  Originally hailing from Waseca, MN, he has lived in St. Peter since 2007.

Your ticket for the: Tim Bartelt