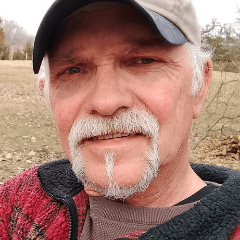 Dana grew up in the Winthrop community as part of a then-vibrant small town. Little did he know that he would return to that Sibley County town of 1,400 people to raise six kids with his late wife, Kim, who died in 2015. From 1980 through 1986, Dana owned and served as editor-publisher of the Winthrop News and founded Marketing Unlimited of Winthrop. After a failed run for Minnesota State Senate in 1986, he ventured into business, owning Lyle’s Cafe, home of The Pie Lady, from 1987 through 1996.

During the mid-to-late ’90s, Dana ventured into non-profit work and management, working on job training, affordable housing, and poverty and homelessness issues. After his son’s beating in December 1997, Dana became involved in restorative justice movements and served as director of the Sibley County Community Justice Project, a youth-guided program. After a couple of years as executive director of the Minnesota Alliance for Progressive Action (MAPA) in St. Paul, he went back into the restaurant industry as a cook for several years.=

After helping launch the Mankato-based regional magazine, River Valley Woman, in 2012, Dana journeyed back into the journalism world, eventually serving six years with the St. Peter Herald, Le Sueur County News, and Waseca County News. After a semi-retirement and two-year stint as part-time executive director at Prairie Oaks Institute in Belle Plaine, Dana is looking for the next challenge or two, including some freelance writing for the Free Press and Gustavus Adolphus College.

Dana recently completed four years on the board of the Arts Center of Saint Peter. He’s remarried now and living in St. Peter.

Your ticket for: Dana Melius